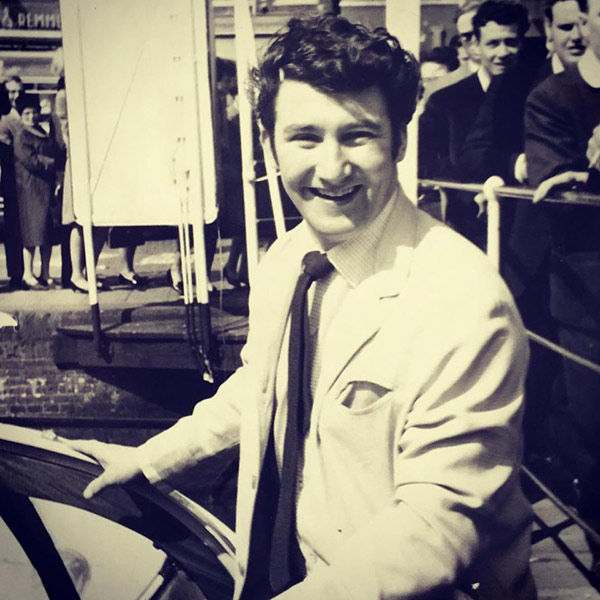 Roy was born at 12 Sycamore Street, Church Warsop on the 22nd July, 1937, to Cyril and Phyllis Fillingham. The family moved to Sherwood Avenue, Blidworth when he was 2 years old and a few years later his brother Barry was born. Roy enjoyed his childhood, playing in the woods and fields not far from home and he always kept a close watch on his younger brother and covered for him on a few occasions too.

Roy left school at 15 and started work at Pegg’s Garage in Mansfield. He worked there until he was 17 when he decided to work at Blidworth Colliery after realising that all his mates were earning double his wages.

Roy needed the extra money to impress a girl he had met in Mansfield – his future wife, Valerie Wass. Roy was 18 and Valerie 16 when he first asked her out to the pictures. They spent the next couple of years courting, meeting-up every week at Turner’s Dancehall in Mansfield Woodhouse.

On 26th January 1957, they were wed and set up home at 36 Appleton Road, Blidworth. Their busy social life continued for the next couple of years, meeting friends at Turners and at the local Miners Welfare. These were the heady days of rock and roll, and Roy was a big fan, building up a huge collection of records by artists like Tommy Steele, Cliff Richard, Adam Faith and Joe Brown. These artists along with ‘Rat-pack’ crooners and film scores would form the soundtrack of our childhood.

On the 18th February 1961, their first-born, Paul came along, and a few years later in August 65 Peter Robert was born. These must have been quite busy times for Valerie and Roy as they added a third child – Mark in November 1966, and a fourth child – Michael in May 1968.

Supporting a family of four boys was hard work but Roy had an amazing work ethic and in all his 35 years at Blidworth Colliery, Valerie can’t ever recall him having a day off due to illness.

Like other pits in the 50’s, Blidworth became mechanised, and Roy was one of the first men at the pit to drive a cutting machine on the coal face. He was a face-worker up until 1978 when he went to college to train as a Pit Deputy. As a Deputy he presided over the colliery closure in 1989.

After the children left home, Roy and Valerie moved to a bungalow in Mansfield. Here they made lots of new friends but always remained connected with their old friends in Blidworth.

With the pit gone, Roy found himself a new job, working as a Theatre Porter at Harlow Wood Hospital and when that closed he moved to Kings Mill Hospital. He was well-loved by patients and hospital staff and they called him ‘Rockabilly Roy’ on account of his trademark quiff which was by now completely white. Roy worked at Kings Mill until his retirement in 2002 when he was free to spend more time with his family. 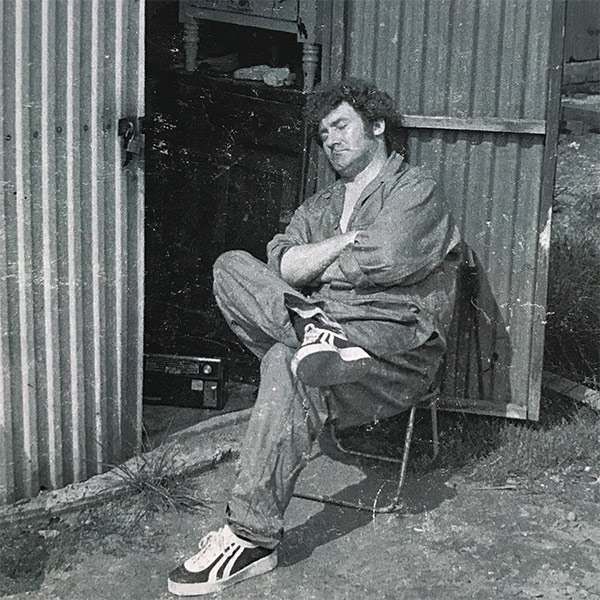 Roy was super-fit for most of his life. In his younger days he played cricket for The Kings Head in Mansfield. He was good with a shovel and in the summer he’d tend his vegetable garden and those of his family. You could often catch him snoozing around the back of the garden shed with the radio blaring-out test cricket. Roy liked to play bowls at the Welfare and was also a very strong swimmer – his butterfly stroke was scarily fast. He liked most sports and always supported England no matter what the sport was.

Roy liked to walk. He’d walk miles in the forest. He had this incredibly fast walk and any kid with little legs found it really difficult to keep up. Valerie used to take the mickey out of him for his walk – calling him ‘the Penguin’ after the Batman character.

Going into the woods was always exciting. He taught his boys how to pick blackberries, how to fashion a walking stick with a pen-knife and how you could chew on a sprig of hawthorn.  He used to enjoy dog walking and there were lots of dogs at Appleton Road; Ben, Smokey, Little Blue, Big Blue. When they were sealing the shafts at Blidworth Colliery, Big Blue used to keep him company on the pit top.

Like many of his workmates, Roy enjoyed a good laugh. In the village you worked hard, you played hard and you looked after each other. Camaraderie was an important part of mining culture along with drinking in the local pubs. Getting ready to go out after work was quite a ritual. And whenever anyone asked him where he was going and he would always reply ‘I’m going to China’ which actually meant going to the Bird in Hand.

Roy was known for his humour and infectious laughter. Many people describe him as a gentleman miner, and so he was – impeccably turned out in his smart suit, shirt and tie, and by his side his lifelong pal Manuel Garcia, also known as  ‘Uncle Spanner’. In the 70’s it became acceptable for men to wear aftershave; these were the days of Henry Cooper’s ‘Great smell of Brut’, Hi-karate and Old Spice, Between them, Roy and Spanner used about half a gallon of aftershave a week.

Roy and Spanner knew each other for over sixty years. They were inseparable, to the point that Valerie thought that Span should have had a ring on his finger. They remained loyal friends to the very end. Even when Roy was in the Care Home, Span would turn up to pull his leg, twice, sometimes three times a week and Roy would still give as good as he got. 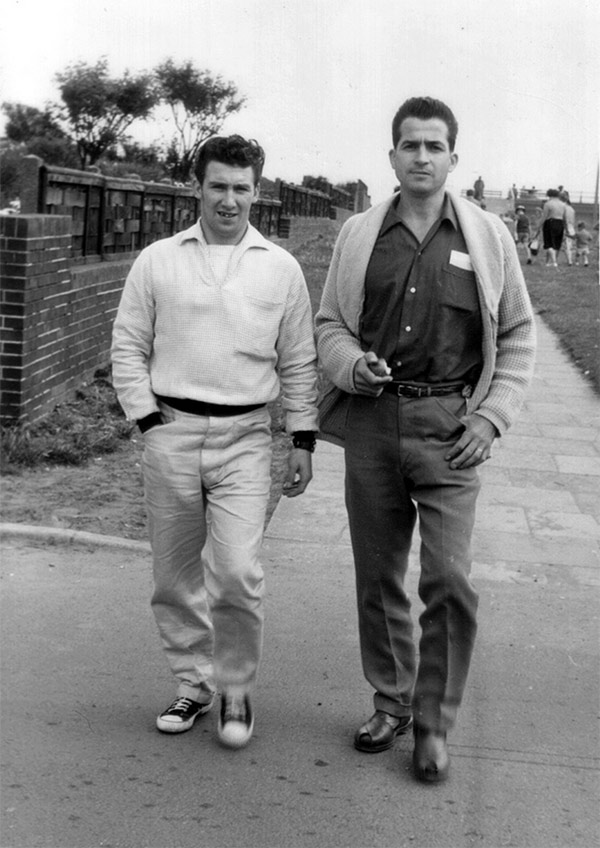 Years ago, during the pit holidays our families used spend a week or two in Butlins or Derbyshire Miners holiday camps. Sometimes you’d have half-a-dozen families all travelling to the coast together by coach. It was like that in the village – your friends were your family – And if you walked around Skeggy Market in August, half the village would be there – and it was always a great laugh for us all.

There were some men-only excursions too – famously to ostend, or messing about on the good ship Lollypop on the Norfolk Broads – I’ll leave Spanner to tell you about that one. – where needless to say, Roy was the cook for the trip, looking after his mates and seeing that everyone was OK.

Christmas-time was really special in the Fillingham household. Not only for the kids, but for adults too. Coming home from midnight mass with his mates to play on the kids’ Scalextric, air-soccer and train sets – going from one house to another in a way that would be unthinkable today. They all used to get a bit merry, and one year Roy even claimed to have seen Santa Claus – he genuinely believed it, at least until Valerie ‘corrected’ him. We are lucky to have experienced magic like that.

This fun and freedom extended into the 80’s when 36 Appleton seemed to have a revolving door for waifs and strays who needed sanctuary after a good night out.

Roy was always welcoming and when Valerie was at work he could be a bit of a domestic goddess: He could iron clothes, vacuum carpets and of course, he could cook. Unfortunately for any guests, all of these activities would begin at the crack of dawn. So everyone would be woken up by the sound of him raking the fire, going round the house with a hoover and the radiogram blasting out Frank Sinatra, Shirley Bassey, Tom Jones – it would be really loud because he was as deaf as a post. But if you managed to survive all of that, you’d be in for a treat: Eggs, bacon, sausage and tomatoes, with fried bread and mushrooms, Ketchup, HP Sauce, a big stack of Lander’s white sliced, and endless cups of tea. Or if it was sunday, he’d do a full roast dinner if you could face it? These are the things that people remember even decades later!

We’ve mentioned Roy’s deafness, but when he did finally succumb to wearing a hearing aid, he didn’t get on with it at all. ‘Stop shouting Valerie’ he’d say. Of course Valerie spent over sixty years raising her voice because Roy could never hear what she was saying.

Roy held high moral standards and was greatly respected. And, on the surface though all of Roy’s sons appear very different, if you scratch the surface, underneath you’ll find his morals, his work ethic and his humour.

Roy, loved the kind of comedy that Valerie would describe as ‘Too daft to laugh at’ – the Goons, Spike Milligan, Marx Brothers, Monty Python, Norman Wisdom, Mr Bean. Humour was always valued by Roy.

As Lord Byron once said ‘ Always laugh when you can, it’s cheap medicine’.

Roy was proud of his sons. He had grandchildren too; Hannah, Daisy, Sam, Jack, Gilbert, and more recently Harley who visited him in the care home, putting a smile on his face and on the faces of the other residents. He welcomed other youngsters into his life too; Chloe and Olivia, Shannon and baby Finnley. Roy also had two great grandchildren Eliza and Olive. It’s sad that this new generation won’t experience the swimming, the funfair rides, the holiday rammel, the play-fights, the scary horror films, and the ridiculous antics that Roy loved so much. And let’s not forget the Daughter-in-laws; Colleen, Clare, Nicola and Fiona who fitted in with the Fillingham ways and thought the world of Roy.

As many of you have already figured out, Roy was loyal and loving to his family and friends. And he had a very special place for Valerie: Wife, mother, grandmother and great grandmother. His wife for 61 years – Roy worshipped the ground she walked on. They had their ups and downs like other married couples and they bickered like a proper comedy act, sparring with each other which somehow made them even stronger? Even young Gilbert, aged three, could mimic them – ‘Valerie!’. But in spite of their disagreements, they always looked out for each other, right to the very end.

The past two years have been tough, and Valerie dedicated herself to seeing that Roy was OK, even when he was in the care home, visiting every day and making sure that he was loved. Valerie knew that Roy would have done the same for her.

In January 2017, the family came together to celebrate Roy and Valerie’s 60th wedding anniversary. By that time, Roy was struggling with the effects of dementia but somehow at the end of the evening he managed to stand up and deliver a speech in which he mentioned all of the special people in his life.

Roy was a strong man; stubborn, determined, always there. He didn’t want to leave Valerie. He waited for her to say to him that it was OK to ‘let go’. That his boys, family and friends would look after her.

The family would like to say a big thank you to the staff at Newgate Lane, for the care that they gave to Roy in his final days. We would like to apologise for his wandering hands but hope that his beaming smile will be with you forever.

Roy’s suffering is over now and our family would like to say thank you to everyone who supported us through this journey. 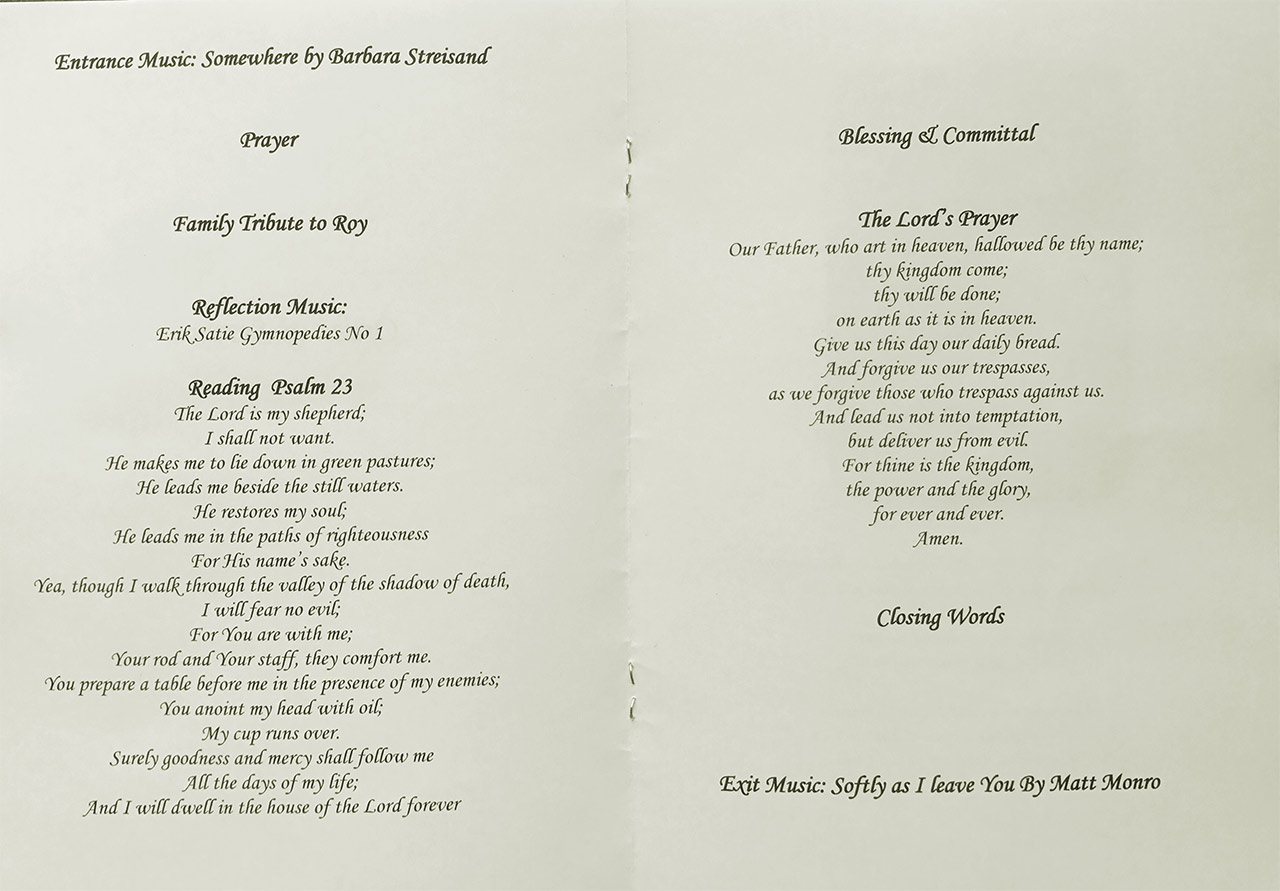 Roy was full of the joy of life, and with this in mind, I’d like to finish with a quote from Peter Sellers, who was one of his favourite comics.

Revisiting Hayward Oaks, Blidworth. As kids we used to go on long walks with my Dad here.