By the summer of 82’ the Smart Cookies were developing a visual identity and composing songs collectively in live jam sessions. The Cookies sound was a mix of 60’s inspired rhythm guitar, electro-pop melodies and sea-shanty strings, meandering bass-lines and lyrics culled from notebooks and newspaper cuttings using a cut-up technique popularised by William Burroughs and David Bowie.

The band came about through knockabout guitar jam sessions with Russ Fisher in the Halls of Residence at Becket Park and with Chris Richards back in Nottingham. Things got serious when Russ abandoned his guitar for a Roland SH09 monosynth – then the most affordable synthesiser on the market. Initially, under the moniker Pilchard Madras – the three of us recorded a number of tracks with me playing bass – a role that would eventually fall to Bob Smith who moved up from Southend to join the fine art course in 1981. We produced two Pilchard Madras demo tapes – Sound Control and New Improved. 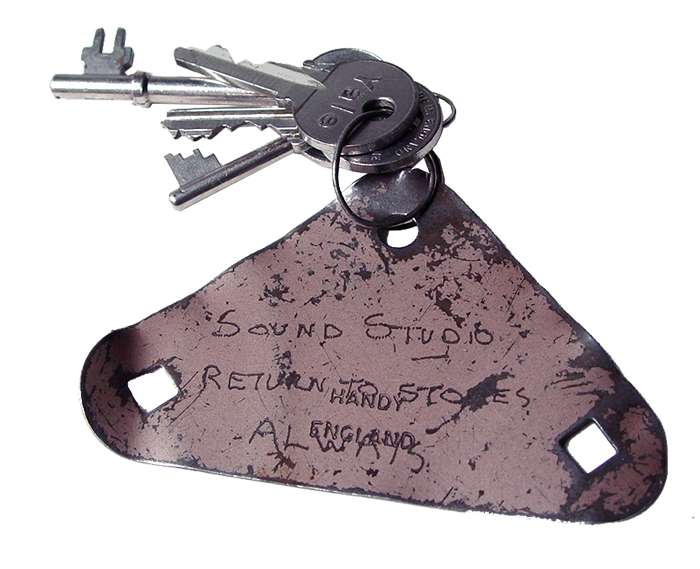 The departure of lecturer and sound engineer John Darling from the fine art department coincided with the removal of various essential components from the sound studio, notably the mixing desk and reel-to-reel tape machines that had proved invaluable to our predecessors like Soft Cell.  However, Darling’s equipment was ancillary to the studio space itself which was enough to focus our minds on the process of making music. 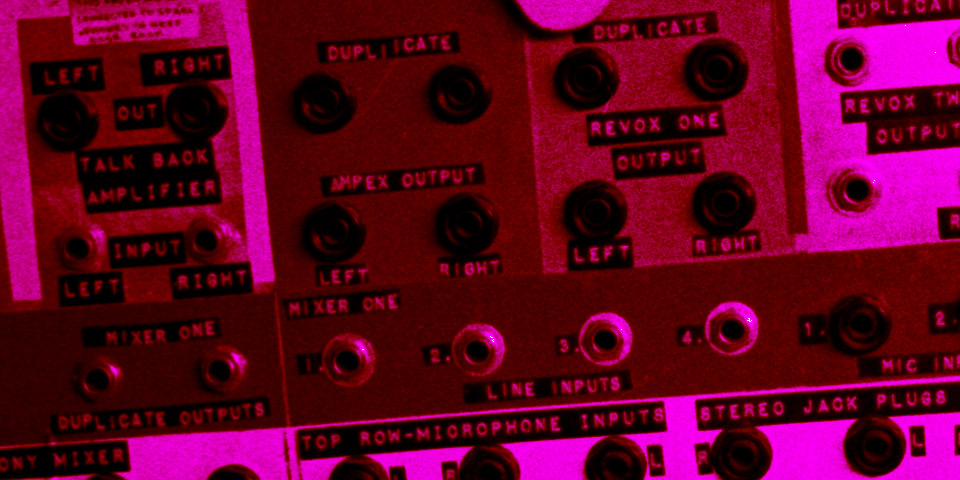 As custodian of the Poly Sound Studio I always tried to ensure that we had block-bookings at the end of each term, so that Chris could travel over from Liverpool with his guitar.  Locked in a not quite soundproofed sweatbox with a stereo cassette recorder, Copycat echo machine, guitar amplifiers and assorted food-stuffs – we engaged in week-long jam sessions. These sessions though intense were interspersed with pratfalls and camaraderie that frequently resulted in the band collapsing in fits of uncontrollable laughter. This lightness and naivety permeated our behaviour, our dress sense and our creative output. 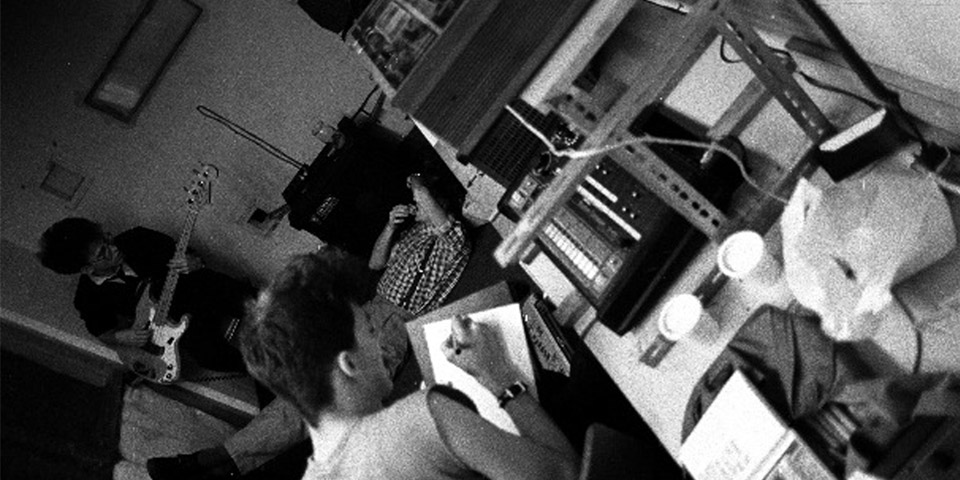 The improvised recording technique for 8 Dazzling Jellies was simple; we put a stereo cassette recorder in the middle of the room, turned up the amplifiers and went for it! – Everything was recorded through the air on the machine’s tiny condenser microphones. We’d record a couple of bars, play it back, then adjust the volume and record again until we were happy – a method we called our ‘head in the middle mix’ – It was a very spontaneous way of working and we could easily generate a dozen song ideas over a five day period – the resulting sound, although imperfect, was lively, fun, and people appeared to enjoy it. 8 Dazzling Jellies’ was our first release as the Smart Cookies – a name ascribed to us by my housemate Pete Godwin. 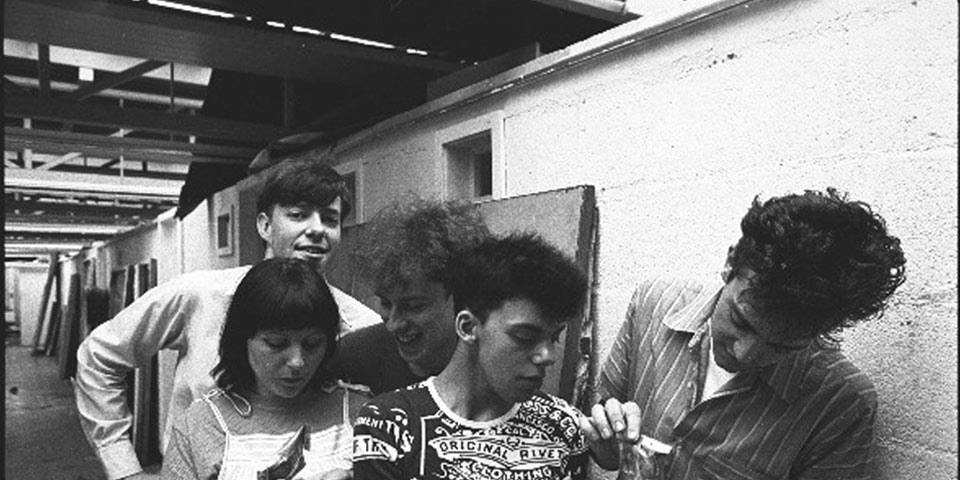 The Cookies five-piece line-up consisted of myself on vocals, Chris Richards guitar, Bob Smith bass, and Russ Fisher and Rose Macpherson on keyboards. Rose was the only working member of the group, the rest of us were students from Leeds fine art and Chris from Liverpool Polytechnic where he was studying graphic design. 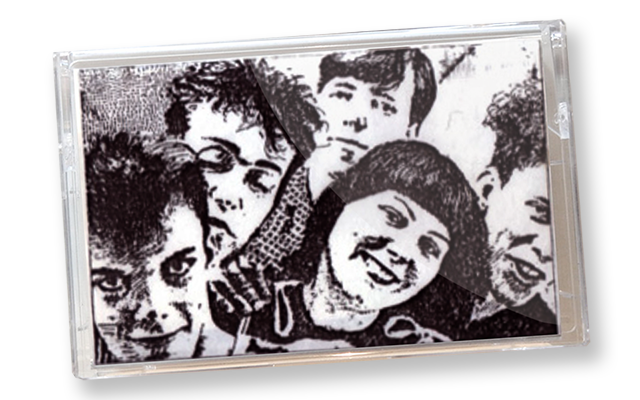 We duplicated hundreds of cassette tapes: sold some to friends, gave some away in nightclubs, and mailed some to radio DJ’s including John Peel – who to his credit wrote back. Cookie Cassettes were also sold in Leeds Jumbo Records. Whilst back in Nottingham, in the hands of loyal supporters like Paul Walker, Adam Fisher and Chris Cooper, 8 Dazzlers began to build a devoted fan-base in venues like Rock City and the Palais Video Bar.