Nestling between dark terraced streets and once affluent victorian houses on Frances Street, Chapeltown, Leeds Cosmo Club had a long history of supporting musical acts. The venue, well loved by locals, was formerly a synagogue, a previously known as the International and the Roots Club. The Cosmo (Cosmopolitan) had played host to artists as diverse as Jimi Hendrix (1967) and Joy Division (1979). The dark, intimate, interior, lacked the expensive gloss of its city centre counterparts and suited the consciously anti-authoritarian temperament of rebellious art students. Russ Fisher and I settled at a table near the front of the stage, drinking pints of cheap cider as the DJ played an incongruous mix of blues, reggae and Motown.

Soft Cell made regular appearances at the club and this was our first opportunity to see them play. The original line-up comprised of three ex-fine art students; keyboard player Dave Ball, film-maker Steve Griffiths and performance artist Marc Almond. Russ and I had prior knowledge of Marc’s antics before we arrived at Leeds Polytechnic. Russ through previous association with the ‘indie’ music scene in our native Nottinghamshire and myself through post-punk fashion designer Paul Booth, who had a studio in Nottingham’s Lace Market and was responsible for some of Marc’s clothes. Russ was particularly excited by the prospect of the Cosmo gig as he thought we might pick up some tips for our own musical aspirations which had been developing since September.

Our punk-styled contemporary; Pat Smith, also from Nottinghamshire, occupied a table to my left next, along with her friend Sophie Parkin, daughter of the racy novelist Molly Parkin. Sophie looked magnificent in her new romantic attire, surrounded by her court of elite art students who were known as the ‘poison people’ or sometimes the ‘new puritans’ – titles that exuded all the mystery of a Visage dance track but were in fact conceived by Mel Chorlton the art department’s laconic storekeeper, who described his role in broad Yorkshire as ‘Nowt, but summat on’t end of a key’.

The majority of Sophie’s entourage heralded from London and the south east. Fellow students Charles Waterton, Duncan Shroud and Mark Eason looked conservative compared with Sophie and Pat, and tame when compared with the fiercely unapproachable Ian Hamson; Originally from the Isle of Mann, Hamson wore a bright orange bondage jacket which was emblazoned across the back with the word ‘Bastard’, augmented with an audacious red lipstick stripe drawn across his eyes like a lone ranger mask. 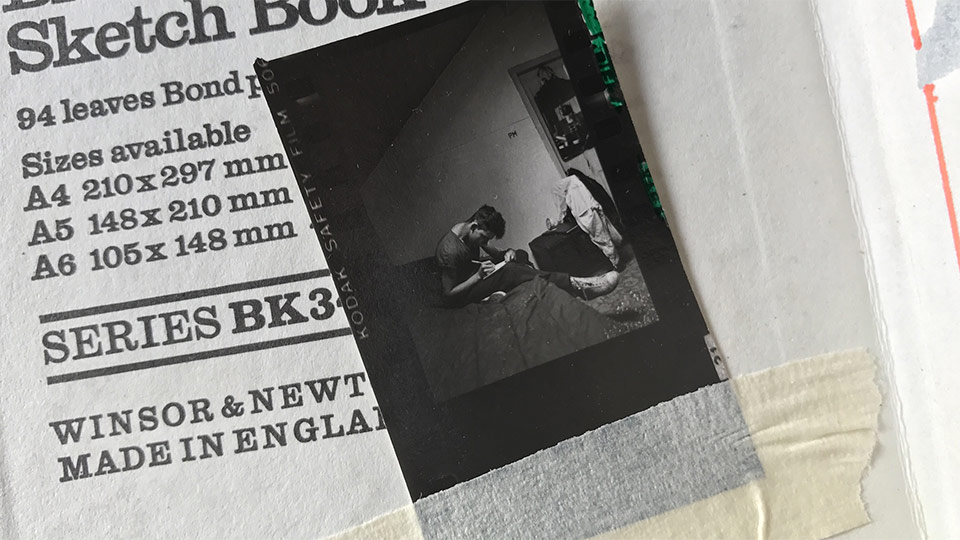 I later discovered that the group referred to me as ‘the vicar’ on account of my ubiquitous black notebooks. It was clear that we all shared a need to codify the various sub-cultures and dress codes that defined and divided us. I should have played up to the vicar description by adopting a dog collar but settled on a bow tie instead as it felt more appropriate for adventures in clubland. I guessed they had a name for Russ too but I never did find out what it was?

Russ with his trench coat, leather trousers, Joe 90 specs and Eraserhead hairstyle surveyed the room with a psychotic stare that he appropriated from Sparks keyboard player Ron Mael, whose measured performances on Top of the Pops were always disturbing. Ironically, cultivating one’s outward appearance to stand out from the crowd had the very opposite effect, as it was pretty obvious that we were all art students. 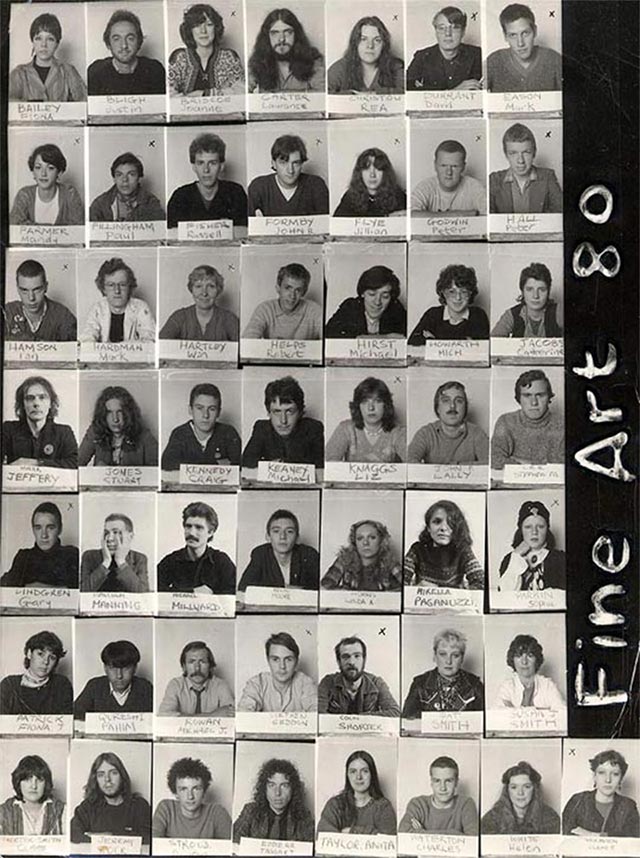 Soft Cell could always guarantee a good turn-out. The audience bolstered by lingering dispossessed souls who having finished their course, couldn’t quite break away from the state-sponsored lunatic asylum that had sheltered them for three years, at least until poverty or a steady job finished them off. Surveying the more seasoned members of the audience, offered a chilling glimpse into our own future.

Soft Cell didn’t have a support band and before the performance Almond, dressed in black dinner jacket, drainpipe trousers and chelsea boots, mingled comfortably with his audience.  The poison people laughed heartily as we downed our glasses of foul orange liquid, observing other members of the audience. We surveyed the recognisable faces of rival bands, clustered around the bar and giggled as Marc snubbed their attempts to engage him in conversation.

More Dadaist cabaret than new wave gig, Soft Cell lacked the standard band configuration of drums, bass and guitar and relied instead on a backing tape, sliced together under the watchful eye of lecturer, John Darling, in the fine art department’s shambolic sound studio. Although Soft Cell had made an impact at Leeds Futurama 2 and gained valuable airplay on Radio One’s John Peel Show, it seemed inconceivable that they were on the cusp of becoming a international pop act –  that Marc and Dave would be responsible for creating the UK’s biggest selling single of 1981. The bootleg tape recorded at Futurama in Leeds Queen’s Hall was both self-deprecating and powerful and provided us with all the encouragement we needed to press ahead with our own pop aspirations.

Sinatra’s Mac the knife set the scene for an evening of camp posturing as Marc took to the stage, welcoming us into his rich narrative of sordid pleasures. The light show was very professional and had the addition of a neon sign at the front of the stage, a master-stroke by Nottingham set designer, Huw Feather, which elevated the group beyond the pedestrian posturing that was more typical of upcoming bands slugging it out in provincial venues. The pink neon bore the legend Soft Cell and was flanked by two large projection screens which hosted Griffith’s 8mm footage of Marc dancing outside the Merrion Centre in a wedding dress. These jittery, amateur, hand-held images in over-saturated colours offered a stark contrast to the group’s cool black demeanour.

Dave Ball’s Blackpool pier melodies complemented Almond’s dark observations perfectly. Marc’s manic delivery reminded me of a laughing sailor in a seafront amusement arcade, constantly mocking, rocking back and forth with limbs flailing. The Copycat echo-machine gave up just as they launched into Girl with a patent leather face. Russ creased-up with laughter as Marcs vitriolic lyrics cut through the mix, in a robotic, Dalek-like tirade.

The girl with the patent leather face is a psychopathic mental case, a target for the freaks and geeks, a reject of the human race…

Towards the end of the set, one of the cine projectors failed, plunging half of the stage into darkness as Griffiths tugged away at live cables snaking between beer crates. It was pure theatre. Marc, oblivious to the chaos, kept singing along to the four-track reel-to-reel whilst Ball tweaked the controls of his Korg synthesiser, approximating the improvised saxophone wail that often characterised the sounds emanating from the Poly sound studio. During such sessions, fine art lecturer and old jazzer, Jeff Nuttall, would often threaten to wrap the offending instrument around the neck of the perpetrator.

At three in the morning, Cosmo’s clientele finally dispersed into the streets and we faced the prospect of a five mile hike to our halls of residence. The walk home did provide an opportunity to talk to Russ about the prospect of forming a band.  Having recently volunteered to manage studio bookings, I was intent on grabbing some time to see what we could come up with? Hopefully, we wouldn’t upset Jeff Nuttall too much.

Arriving at Beckett Park, feet on fire. My head hit the pillow like a lump of lead. Tomorrow’s Brancussi lecture was definitely off!